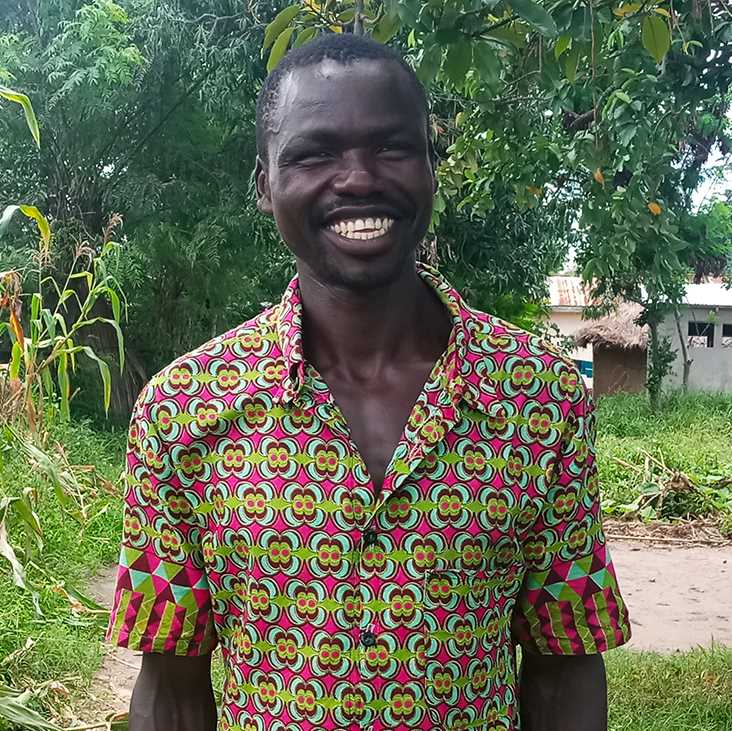 Silver Francis was born in Mara, Tanzania. He was raised in a family that did not know anything about God. Because of this, he grew up in an environment where he was free to do anything he pleased. Unfortunately, Silver started drinking alcohol at a young age and became caught up in excessive alcoholism that almost destroyed his life.

“Whenever I would wake up in the morning, the first thing I would think of is drinking. I never thought of doing something that would add value to my life in one way or the other,” he says.

Eventually, however, Silver realized that he was gaining nothing by drinking alcohol. He wanted to be free of his addiction but didn’t know how. “There was no profit in what I was doing. Rather, my life was destroyed,” says Silver.

Deep down in his heart, Silver was searching for ways to help him get out of the mess he had created. Then one day, a church elder from the Evangelistic Assemblies of God of Tanzania met with Silver while he was drunk. The church elder started sharing about Jesus Christ with Silver and showed him how God would set him free from alcohol if he would only give Him his life. “I did not have a straight answer to give the man of God because my heart was telling me two conflicting things: to continue with what I always did or to abandon the horrible life I was living,” shares Silver.

Silver did not give his life to Christ that day so he went back home unsaved. But, the church elder told him to come to church whenever he could find time. One Sunday, Silver made up his mind that he would go to the church where he had been invited. Upon arrival, the man shared Christ again with him and the Spirit of God touched Silver’s heart. He decided to give his life to the Lord Jesus Christ.

“When he was telling me about Christ, I realized I was a sinner and needed a Savior. That was the day I gave my life to Him,” says Silver.

Silver could not have imagined that Jesus would have changed his life this way. He is so happy that he is now in Christ and his life has been transformed. Silver has a heart for ministering to other lost souls. To do this, he heard about the church planter training program provided through Multiplication Network Ministries (MNM) and how the training would help him achieve what the Lord had laid upon his heart.

Silver joined a church planter training class in Katunguru, Sengerema and graduated last year. “The training is amazing. It has helped me to be more effective in the ministry God has called me to do. I can even pastor a church as a result of the training I have received,” says Silver.

Silver is currently serving the Lord as a church elder in one of the Evangelistic Assemblies of God churches in Katunguru, Sengerema and he is planning on planting a church wherever the Lord leads him.