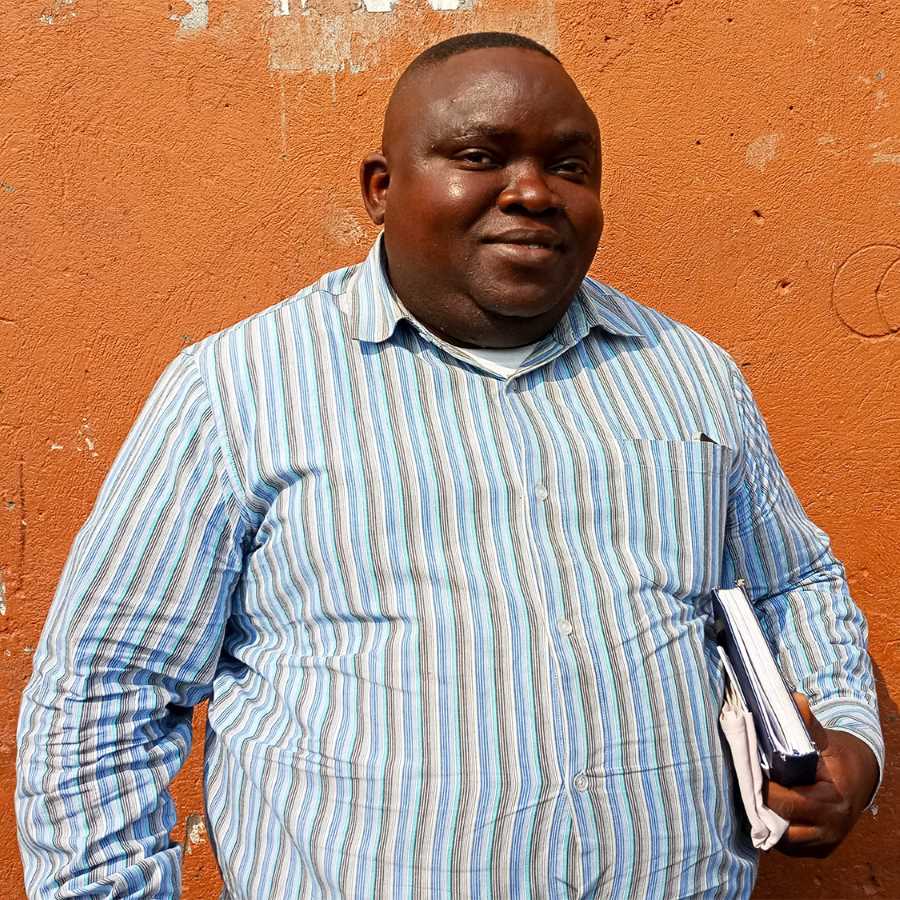 Multiplication Network Ministries (MNM) Founder and President Dr. John Wagenveld says,  "The Coronavirus COVID-19 pandemic is affecting us globally as national leaders in newly planted churches are having to find different ways of ministering in their communities." Please note that all of MNM's leaders around the world have been cautioned to reduce exposure and be safe while following the regulations set by their countries' governments.

Samuel Machumi grew up in Congo DRC in a family that was religious in name but was not practicing what they claimed to believe. Despite going to church every Sunday, Samuel did not have a personal relationship with the Lord Jesus Christ. His grandmother was even a witch doctor! “The truth is we were not saved. The things we were doing were contrary to what we had been confessing,” says Samuel.

Deep in his heart, Samuel longed for a close, personal relationship with Jesus but he did not know what to do to have that.

One day, his brother’s wife was possessed by demons and nothing they tried could free her. Samuel remembered his aunt was a born-again Christian. They brought this aunt to pray for his sister-in-law. “The demon left her body and she was completely free. This gave me reason to give my life to the Lord Jesus,” says Samuel.

That day, Samuel decided to live his life for Jesus. Samuel was the first person in his immediate family to give his life to the Lord. Instead of being happy for him, Samuel encountered a lot of opposition from his parents because of the decision he had made. They wanted him to continue in the family’s religious practices. Thankfully, Samuel did not abandon his new faith or go back to the way he used to be.

“I did not deny my faith regardless of what I faced. I remained faithful. The Lord saw my faithfulness to Him and started to draw some of my family members to Him. And today a good number of them are saved!” says Samuel.

Some time later, the Lord called Samuel into ministry. He planted his first church in Goma before he knew of Multiplication Network Ministries (MNM). He pastored that church for a couple of years but did not see any growth spiritually or numerically. Then, the Lord brought Justin Munyaga, a church planter and trainer coached through MNM, who told Samuel about the ministry.

Samuel was excited to see that his vision aligned with MNM’s. He joined a church planter class in Goma and completed all 12 modules. He has been very impressed by the positive outcomes the training has brought to his church and ministry.

“I realized there was a huge difference between the church I planted before training and the one I have now. Before taking the church planter training, I was the only one in the entire church who was bringing people to Christ. I thought that as a pastor this work belonged only to me and not to anyone else. But after training, I realized this work belonged to everyone who has given their life to Jesus. And now that everyone is involved in bringing people to Christ, the church has grown,” says Samuel.

Thanks to ministry partners like you, Samuel has used the training he received to help raise up another group of leaders in his church and now the gospel is being further multiplied in Congo DRC and around the world.