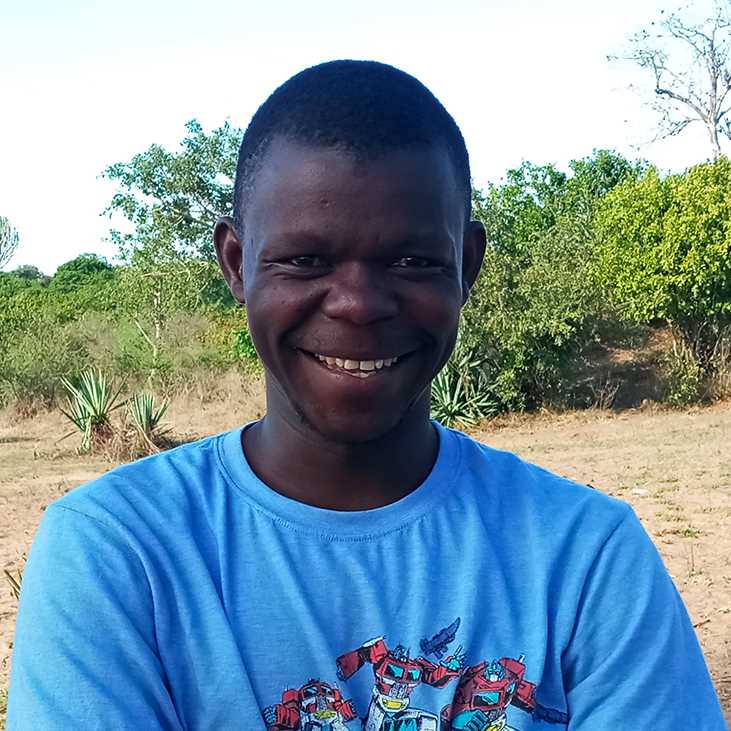 Ibrahim Kapaya was born in the small village of Mabokweni in Tanga, Tanzania. He grew up without knowing who his father was. His mother was already married and met Ibrahim’s father when working in a bar. After learning she was pregnant with another man’s baby, her husband left her. Life became more complicated for her. She did not know how she could feed her family as she was the sole provider for her entire family. After giving birth to Ibrahim, she continued working in a bar to care for the family. Unfortunately, the money she was earning was not enough to send Ibrahim to school.

When Ibrahim was 13, his mother died. That was one of the darkest moments for him because his mother was the only hope he had. He did not even know who his father was! He was left with his grandmother to look after him. Ibrahim’s grandmother was not able to care for her family or meet his needs, so he had no option but to go look for money for himself.

Ibrahim strongly believed that Islam was the only religion because his entire family was Muslim, including his late mother. One day, Ibrahim had an opportunity to read the Bible, specifically the book of Genesis.

“As I was reading through the book of Genesis, I realized there was some amount of truth in it. So I ended up asking myself, is Islam a true religion or is Christianity?” remembers Ibrahim.

As he was thinking about what he had read, God opened his eyes and Ibrahim began to realize how hopeless and untruthful Islam was. That’s when he made the decision to give his life to Jesus and completely leave Islam.

“I have seen a huge difference between Islam and Christianity so far. First of all, my life has been transformed forever. When I was in Islam, I had no hope at all. I did not even know where I would go after dying. But being a Christian has given me so much hope knowing that there is a place I would go after leaving this world,” declares Ibrahim.

Now that Ibrahim’s life has been transformed, he has committed to reach his entire family and the people in his community with the gospel of Jesus.

“I am like a missionary in this community. About 98% of the population here is Muslim. So my main focus is to reach them all with the gospel of Jesus, including my family,” declares Ibrahim.

Ibrahim was so blessed when he first heard about Multiplication Network Ministries (MNM) from Ezekiel Shihelembe. He was amazed to see how his vision aligned with MNM’s vision. He decided to join a church planter class. Currently, Ibrahim is working as a liaison between MNM and different denominations in Mabokweni.

Ibrahim is tirelessly working with pastors and bishops from various denominations by mobilizing them to take the church planter program that MNM provides. The goal of these new church planters is to saturate their community with the gospel by planting more and stronger churches.