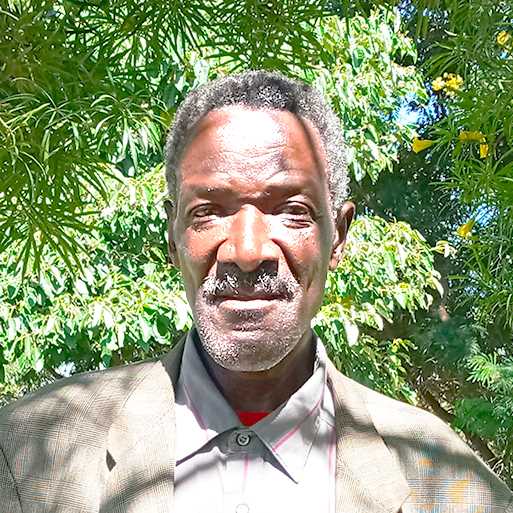 George Mafuru never would have thought that one day he would serve the Lord and become a blessing to many people. Now, as a church planter for Multiplication Network Ministries (MNM), he is doing just that.

George was born to a mother who was a witch doctor. He soon realized that he had no control over his life. His mother was preparing him to carry on her legacy. Deep down, George knew that he did not want to do what his mother was doing. Unfortunately, he saw no way to escape. He did not yet believe in the Lord or know the freedom that could come in Christ.

Thankfully God protected George from becoming a witch doctor even though George did not become a Christian for many years. Over the course of his life, George married six wives and fathered 20 children. “I was living a very terrible life because I loved the things of the world, but God did not give up on me,” says George.

Now an elderly man, George had been living his life however he wanted. One day, one of his daughters gave her life to Jesus. She wanted so badly to see her father saved as well. She began sharing Christ with George and showing him how the Lord could change his life if only he would invite Him into his heart. She was persistent and the Lord touched George’s heart. He finally decided to give his life to Jesus. “My daughter was the reason why I gave my life to Jesus. Since that day my life has never been the same,” says George.

George’s life was dramatically changed. He and his family became part of a church planted through MNM. After years of searching for an escape from the world, George found himself walking in God’s plan. Ever since he joined the church, George has had a burden for lost souls and has been sharing the gospel. Recognizing this call in George, his pastor told him about the ministry of MNM. His pastor had gone through MNM’s training and shared how it could equip George for the work God had called him to do.

George did not hesitate when he heard about MNM. He immediately joined a church planting class in Katunguru, Sengerema, Tanzania. During his process of completing the modules, George went to plant a church in a community called Lwabi, which is ruled by witchcraft and alcoholism.

“I was so excited when I planted my very first church. The place where I planted the church is about 130 kilometers from where I live. At first, I faced tremendous challenges when planting the church, but God, by His power, helped me to overcome those challenges. Also, the training I received helped me to persevere,” says George.

The church George planted is doing well and people are giving their lives to Jesus as a result of his outreach. They have already outgrown the current meeting space for worship! George and his church family pray that God will lead them to a larger place where they can bring more people to know and worship Christ.