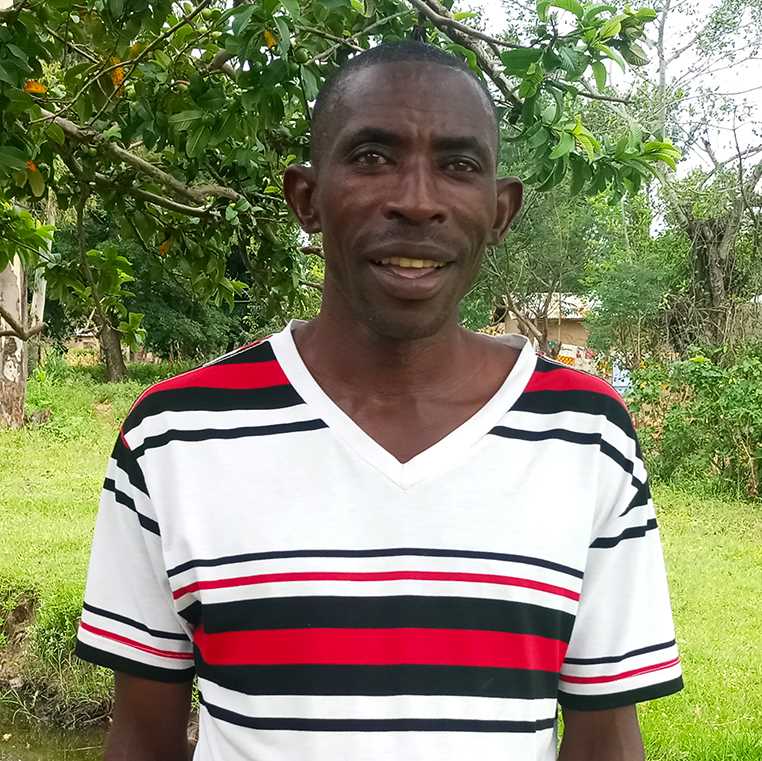 If not for Jesus, Zabron Lusasu's life would have been completely different . Born in Kigoma, Tanzania, Zabron was raised in a pagan home. Both of his parents were witch doctors. Zabron grew up knowing nothing about God. "Everything we had been doing in our family was completely against God's will," says Zabron.

When his father passed away, Zabron’s mother persuaded him to carry on his father's legacy of being a witch doctor. "My mother started training me to become a witch doctor and because of my ignorance about the things of God, I thought I was happy with what I was doing," Zabron shares.

One day, Zabron was visited at his home by a stranger who came to share Christ with him. This man told Zabron how Jesus died on the cross so he may be saved and that God was not happy with what he was doing. Zabron’s heart was touched by what the preacher told him and he decided to give his life to Jesus Christ.

Zabron began a new journey of faith that day. Though it was challenging at times, the Lord was with him. He had so much passion for the Lord. His whole desire was to preach the gospel so he became involved in a local church in his community and served the Lord there.

While serving the Lord in his church as an elder, Zabron felt in his heart that God was calling him to be a church planter. He did not know how to make that happen. Eventually, he heard about Multiplication Network Ministries (MNM) and how it has helped train thousands of church planters and leaders around the world.

Without hesitating, Zabron joined an MNM church planter class in Katunguru, Sengerema and finished the training a year later. When asked how the instruction he received has helped him succeed in his ministry, Zabron says, "I have gained so much confidence after training. The things I thought I was not capable of doing for the Lord, I am now doing wholeheartedly. More importantly, it helped me to be effective in witnessing or doing door-to-door evangelism."

Zabron's vision is to plant a church in Geita, Tanzania. "The Lord has already given me very specific instructions of where I should go and plant a new church. And He told me Geita is the right place for me to go. I am just waiting for the right time to go and do what He has put upon my heart," says Zabron.