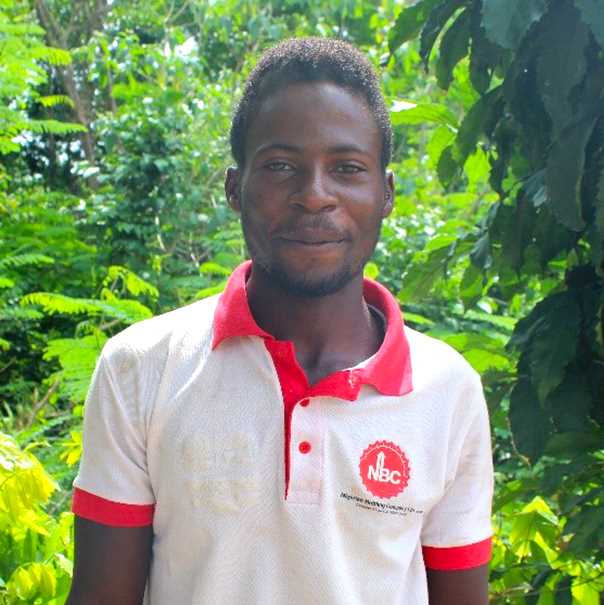 Segun Akinyemi was born in the village of Egbeda in Nigeria. He grew up without a father—his mother did her best to raise Segun and his siblings but often felt overwhelmed.

When Segun was in middle school, things began to get more difficult. The family had little to eat and he had trouble paying attention in school. “I tried to do little odd jobs after school but it was never really enough to meet our needs,” he says.

During this time, Segun met an uncle who pressured him to join him in cult activities. He promised Segun it would give him the income he needed. Eventually Segun was initiated into the group and even began recruiting others to join him. “I had enough money to get anything I wanted but no peace of mind,” Segun admits.

Segun formed a group that would be hired to intimidate or even kill people. They were paid to disrupt church services and crusades but began to meet resistance, not from the people but from God. It was on one such mission that the Word of the Lord came directly from the speaker’s mouth to pierce Segun’s soul. The speaker was Esther Oladele, a church planter trained by Multiplication Network Ministries (MNM). She prayed for Segun’s deliverance from evil. “I became free!” Segun says.

After meeting the Lord, Segun began to attend discipleship meetings with Esther. “I want to thank God for the life of this woman of God. Esther is a powerful woman of God, a woman full of zeal for the Lord,” Segun shares. “Now I want to also plant a church among the people I used to be part of and win them for the Lord.”