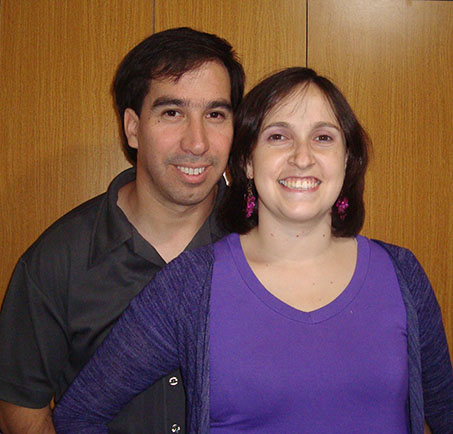 When Walter's father first attended a Multiplication Network Ministries (MNM) training, he returned to Neuquén, Argentina and enthusiastically shared what he had learned with Walter.

That was in early 2011 and a few months later, Walter's father invited him and his wife Romina to go through the MNM church planter training as well. They accepted without hesitation—they had been receiving a call to begin a new church in their city of Catriel.

As they went through the modules, Walter and Romina gained a better understanding of how to plant a healthy church in their community. They were asked to create a vision statement for the church they wanted to plant. Walter says that God used this as a challenge to really understand their location and what they wanted their church to be.

Walter and Romina realized Catriel was going through a population boom and worked hard to begin a church as soon as possible. "It was a clear call from God to begin," Walter says.

They presented the idea of a church to the director of a middle school because they needed a place to host the meetings. "He told us it would be a pleasure if we would use the building. He trusted us with a set of keys to have access to the school without having to rely on any school personnel. With a confirmed location for our meetings, we went through all the neighborhoods around the school inviting everyone to the opening of the new church."

On Sunday, December 9, 2012, the church had its inaugural service in the school. Every weekend since then, they have preached God's Word. From that moment of planting the church, Walter says the Lord has surprised them—they now have a consistent group that is committed to the vision of the church.

Every Thursday, they have a prayer group and a praise and worship meeting on Sundays. This two-year-old church plant is focused on the good of the family and sharing messages on marriage. They have recently developed games to engage the children and adolescents. The growth of the church has been strengthened because of the small groups that meet during the week.

Walter, Romina and their children Felipe, Nicanor and Loida, are thankful for the opportunity to become involved in this work with God's help.

"To have MNM's material means the road to planting a church is marked. Starting the new church has cost us, but since the beginning, God has been with us and we have clearly seen we are in His will," Walter shares.