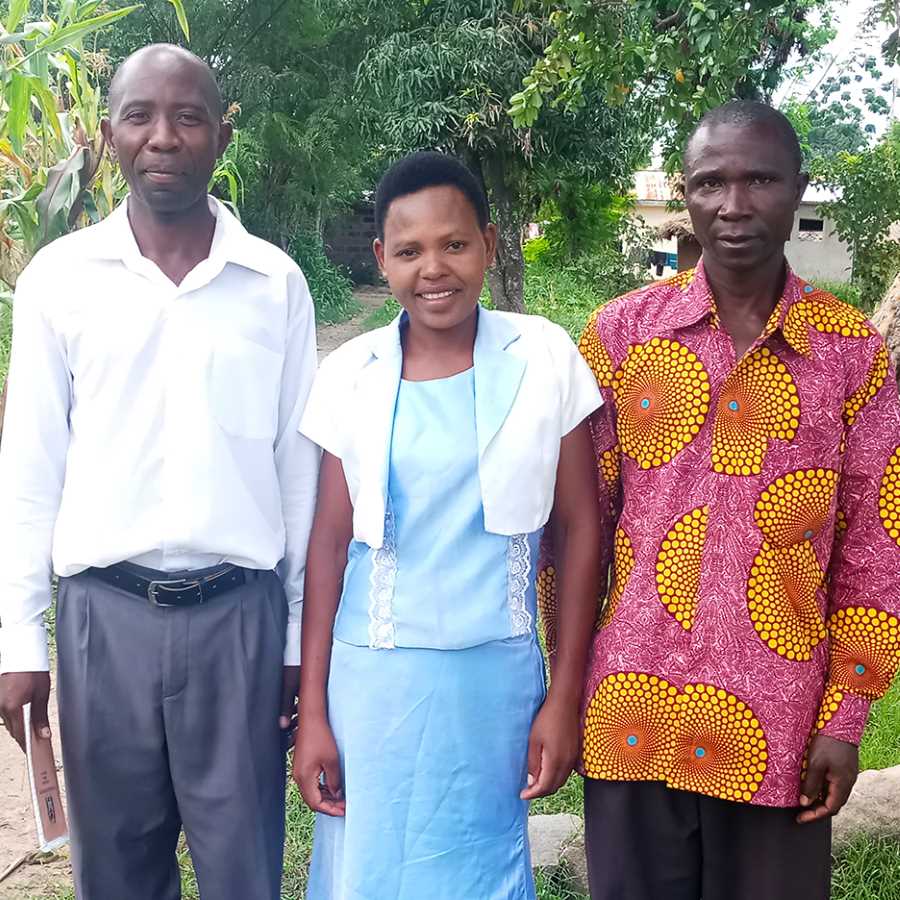 “Something terrible happened to our church a few months ago,” shares Samwel Paul. “Our pastor, who was trusted by all of us, unfortunately, turned from God. This shook the whole church to the core.”

Samwel, his wife Anna, and their friend John Baltzar had all been serving in different capacities in their church in Tanzania. They had completed the church planter training program with Multiplication Network Ministries (MNM) earlier that year. When their pastor was suspended, everyone in the church was troubled—they didn’t know what to do without a pastor.

In the midst of this tragic moment, these three servants of the Lord decided to carry on where their pastor had left off and encouraged the church members to move forward. “We said to ourselves that we could do this as we were well-equipped with the tools we received from MNM,” says Samwel.

The church leadership thought it best to appoint these three church planters as elders of the church so that they could carry on God’s work and continue to encourage the people. In their denomination, the senior elder is at the same level as the senior pastor. John became the senior elder and the other two are assistant elders.

“The church is doing perfectly fine. We did face some challenges but the Lord has been faithful throughout the whole process,” says John.

Anna, on the other hand, has been playing the role of “Barnabas.” She is much more involved in encouraging the church members, especially women, to not lose faith despite what happened.

“The tools I received from MNM have helped me to be successful in encouraging God’s people. Besides encouraging and pointing them in the right direction, I also was witnessing to other people about Christ and as a result, the church was growing numerically,” says Anna.

There is nothing that is impossible when people work with God. These three church planters are succeeding in discipling the people of their church. When their pastor was suspended, they continued on with the fewer than 10 church members remaining. Since then, their numbers have grown and they currently have 40 church members and the Lord’s blessing is upon them.

They are working on opening new church planter training classes in Katunguru and other places this year where more church planters can be trained.