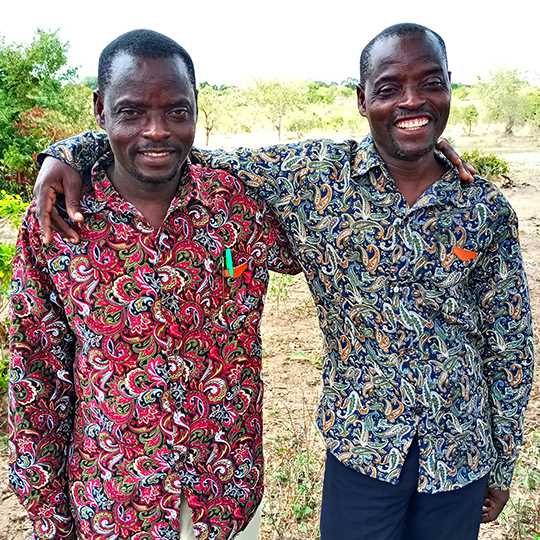 Samwel and Morris Muanja are twin brothers who are both pastoring churches in Tanzania. The brothers were born into a Muslim family and still live in a community that is 98% Muslim. Because of this, the brothers have a heart for the Muslims in their community but the attitude and approach they had towards Muslims hindered them from sharing the gospel with them.

“Before, all Muslims were just enemies to me,” says Samwel.

Samwel had planted a church but it was stagnant. It was neither growing spiritually nor numerically and he did not have the tools or resources to make it stronger. The approach Samwel had towards Muslims was one of the factors that contributed to his church’s lack of growth. However, the Lord saw the passion the two brothers had for lost souls and He sent Ibrahim Kapaya, a representative of Multiplication Network Ministries (MNM). When Samwel and Morris heard about the ministry, they were excited and decided to join a church planter class.

After taking the church planting training course, they were amazed to see how fruitful and impactful the training was for their ministry. They began to see the Muslims in their community in a new light.

“The Muslims that I thought were my enemies have now become my great friends. There is no way I can reject them again and the approach I have learned from the training has brought many of them to Christ,” declares Samwel.

Samwel has now become a great friend to the Muslim community as a result of the training he received. He has shifted his approach from animosity to leading with love as a way to bring the gospel to those who do not know Christ. The church that was not growing has now become stronger. It stands as a beacon of hope for the people in his community. Having a heart for Muslims, Samwel went to plant another church in one of the villages away from where he’s pastoring his current church.

“I have fallen in love with Muslims after taking the church planting program. And this is the reason why I went to plant another church – to win Muslims for Christ,” says Samwel. Though this new church plant is far from where he lives, the distance is not a problem for Samwel because he is passionate about making a change in that community.

The twin brothers have become a great blessing to the community in which they live. Morris did not have a church before taking the church planting program. Now he has also gone to plant a new church in another area.

“The church is growing so fast. Currently, I have 22 church members and more are still coming. To be honest, words cannot express how the training I received from MNM has been so beneficial. They have helped so much!” says Morris.