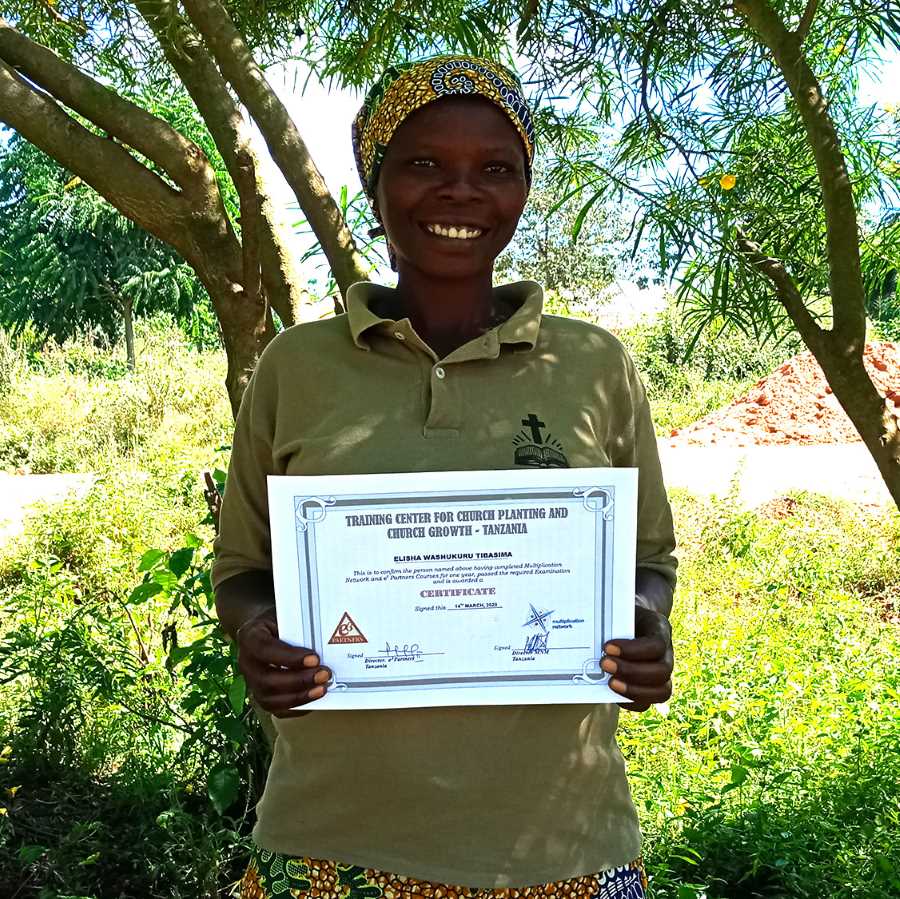 Nuru Christopher will never forget where the Lord brought her from. Raised in a pagan family that worshipped ancestral spirits, Nuru was initiated into witchcraft without her knowing. “I had an evil spirit since my childhood and I didn’t know that. I was just seeing strange things happening to me,” says Nuru.

Nuru practiced witchcraft for many years but was not content with the way she was living. Nuru had a friend who believed in Christ and told Nuru that Jesus would deliver her from the chains of witchcraft if she would only give her life to Him. At first, Nuru was not ready to do that. After a while, she realized there was no purpose in what she was doing so she decided to give her life to the Lord Jesus. “After giving my life to Jesus, my whole life changed. The Lord delivered me from the spirit that was tormenting my life. Now I have peace and joy in Christ,” says Nuru.

Nuru joined a church planted through Multiplication Network Ministries (MNM) in Sengerema, Tanzania and got involved in ministry. Ever since Nuru gave her life to Jesus, she has felt a great burden on her heart for lost souls. Nuru became much more involved in doing door-to-door evangelism. One day, she learned about MNM’s training from her pastor. Nuru realized this ministry could help her achieve what God had called her to do so she decided to join a church planting class in Katunguru.

While she was receiving training, Nuru’s passion for church planting was ignited and she went to plant a church in a village called Ishororo, about 62 miles from where she lives. When she first arrived, she faced many challenges because the village was ruled by witchcraft and people believed in and worshipped ancestral spirits. Despite all of that, Nuru did not stop telling people about Christ while she planted a church there.

“Sometimes the elders of the village would threaten my church members saying they would die if they did not worship the ancestral spirits.” Nuru encouraged them to stay strong in their faith in Jesus despite their fear of the elders. Today, the church has become a great place of refuge in this community that once did not know God at all. Nuru is looking forward to planting more churches in other places as the Lord directs her.