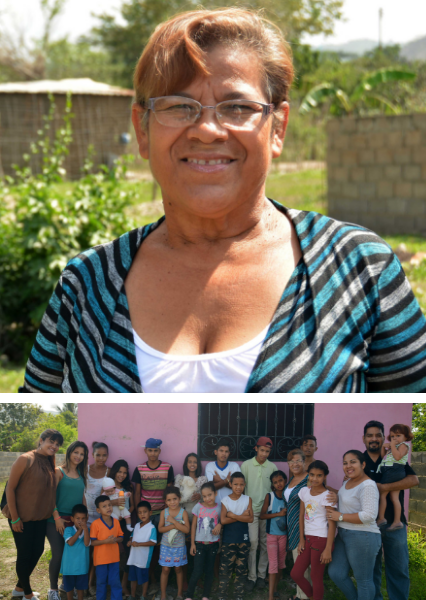 When Olga Sánchez began praying about planting a church in Ubedal, Venezuela, she knew it was a dangerous place. There were often robberies there and even other local churches were hesitant to begin any ministry because of the extreme danger, she says.

But Olga saw past the danger to see the 400 families living in Ubedal! She saw many children and young adults becoming involved in prostitution, drug addiction, and many other evils. “There is a lot of violence in the place. Many of these young people are murdered from mistaken identity or because they kill each other,” says Olga sadly.

During the church planter training provided through Multiplication Network Ministries (MNM), Olga learned how to reach people with the gospel. The needs in Ubedal touched Olga’s heart and so she and her family began to minister in the community.

“We started to meet the needs of the children, which gave us the opportunity to also be involved with their parents. They saw the changes in the children’s behavior, and in their hearts as well. This is what God is doing,” Olga says.

God led Olga to Miguel Ángel, a teenager who used to hang out on street corners with his friends. Olga invited them to an activity at the church. This was the first time someone had invited Miguel to church.

“We didn’t know anything about Jesus,” Miguel says. “Now we are changing those street corners because of Jesus.” Miguel’s brothers and mother have also joined the fellowship of believers Olga is leading.

Olga believes strongly that the seeds of faith being sown will continue to take root and bear fruit in the lives of the people of Ubedal. “God is working in them and we are doing everything possible so that the glory of God is reflected in them,” Olga says.

As Olga is bearing witness of the Kingdom of God, she prays for the love of Jesus to continue bringing hope to the families in Ubedal, Venezuela.