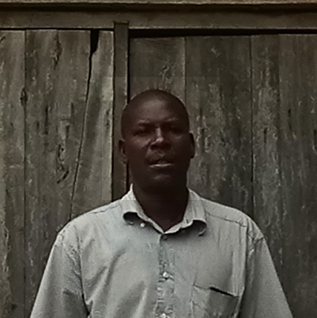 Lubanda is a small village in Tanzania where a large number of the population follow the traditional religion and where alcohol and idolatry are rampant. People here have no interest in knowing the one true God, the Creator of everything. Everyone worships the god he or she knows. From a young age, children are taught to drink alcohol. This reveals just how badly Jesus Christ is needed in this community.

John Mashiku was led by the Holy Spirit to plant a church in this village. Upon arrival, it was not easy for him to win people to God as he was not equipped well enough to do the work effectively. After hearing about Multiplication Network Ministries (MNM), he joined a church planter class and has been training for ministry ever since.

While he was still in the church planting program, John started applying what he learned from MNM by sharing the gospel. “Doing door-to-door evangelism has brought so many to the Lord. The method has produced great results,” says John.

The number of people multiplied day after day and the church became a great hope for the village. As John served in the community, the Lord brought him people in need of a Savior. Rehema Amadi was one such person.

Rehema was born into a pagan family that had no interest in knowing God. She was paralyzed from a young age—she could not walk or do anything by herself. Her parents, not knowing the power of God, brought Rehema to witch doctors for healing.

“I spent five years going to the witch doctors, thinking I would be healed but nothing worked for me,” says Rehema. Little by little, she and her family started to lose hope.

Some time later, Rehema’s sister heard the gospel message and was saved. After experiencing the power of Jesus in her life, she realized that Rehema was suffering for no reason. Rehema’s sister brought her to John so he could pray for her.

That day, Rehema heard the gospel and gave her life to the Lord Jesus Christ. John prayed for her and afterwards, Rehema realized she could stand on her feet and walk—something she had not been able to do for many years. Everyone was amazed to see what God did for Rehema.

“I can now walk perfectly and do some things on my own, which had seemed impossible after going to the witch doctors for five years,” says Rehema.

Rehema’s mother decided to give her life to the Lord after seeing what He did for her daughter and this brought great joy to the family. Rehema is now doing great and thriving in Christ. She is currently serving the Lord in the choir in the church John planted. Because of MNM church planters like John, Rehema and her mother have been saved from their pagan lifestyle and can share in the joy and hope of salvation in Christ.