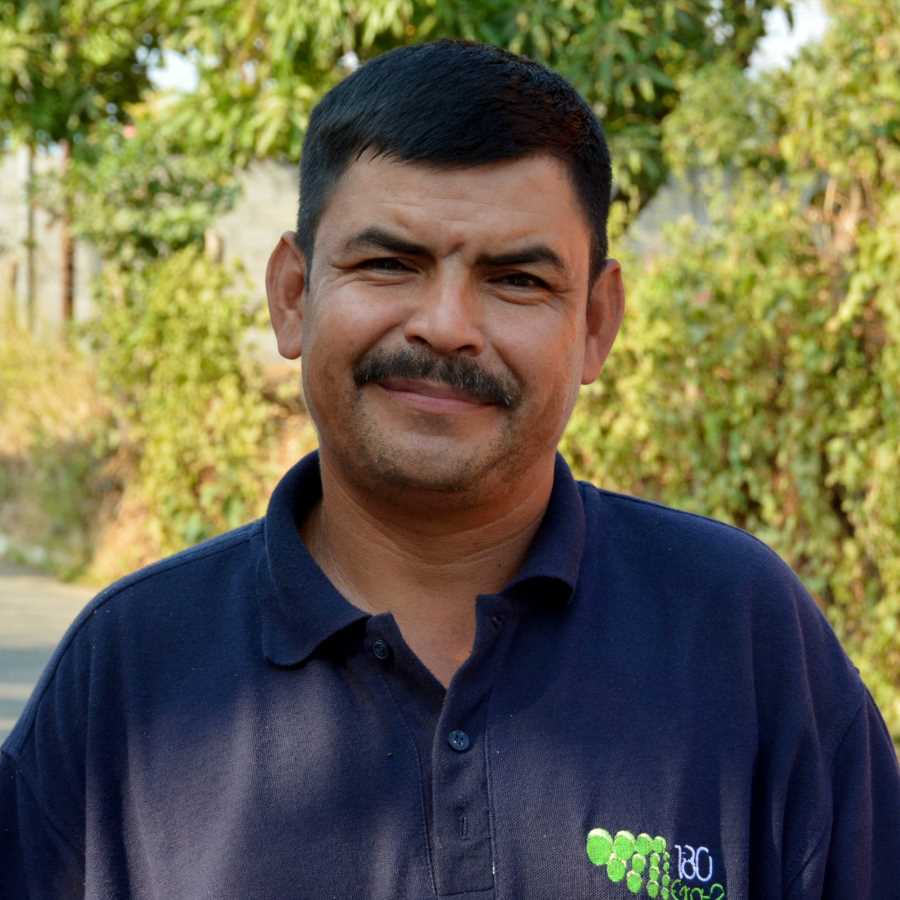 Francisco Alvarado Guerra has a firm conviction and is sure that problems and difficulties shouldn’t worry him. “I know Who I trust.” This is something he says to everyone who tries to intimidate him with insults and fear. Planting churches in the dangerous neighborhoods of El Salvador can cause insecurity. “When I go out, some people say I'll be going to where there are gangs of bad men. I feel happy and don't feel any fear. This is a blessing that came from God,” says Francisco.

Francisco lives in the Tilapa area of rural El Salvador. For him, church planter training has been the door that confirmed his call to the work of God. It also helped him overcome his greatest fear—teaching others. Francisco explains that where he is from, there is very little opportunity to receive an education, much less attend university classes. "I barely learned to read," he says. To him, teaching others seemed impossible.

Since he completed his training, Francisco declares, "My fear of being in front of people has disappeared. During the program my mind was awakened by God to teach others.” He learned to follow a model of teaching one person and then moving on to teach another as part of a church planting strategy.

For Francisco, the MNM church planting program has not just been a form of training. It also provided him the tools that have allowed him to develop an effective approach to share the gospel and disciple the people in his community.

One important factor for Francisco has been prayer. This has been his favorite method of evangelism. As he prays for people he tells them that Jesus is the one who can help them. He is now disciplining many of the people he prayed for.

An obstacle for Francisco has simply been other people. They insult him and attack his character saying, “He is an illiterate field worker who doesn't know anything and the people are listening to him.” These are comments Francisco has heard while preaching the gospel. He knows the apostles lived through the same situation.

“Now when they saw the boldness of Peter and John, and perceived that they were uneducated, common men, they were astonished. And they recognized that they had been with Jesus,” Acts 4:13, ESV.

“I am joyful in the Lord. These people have been talking badly and are angry because they need Christ,” says Francisco.

He continues to follow the example of Jesus and helps people when they need him. "Now they see they can't oppose what God does. I always tell them that there is so much that God can do. My own life is an example—I didn't want to know anything about Him. I understand them because I was like them," he shares.

Francisco wants to continue proclaiming the gospel in many places and to keep praying for the people’s needs. He also wants to help others become prepared to be leaders like him who will share Christ and see Him work in the lives of people who need salvation.