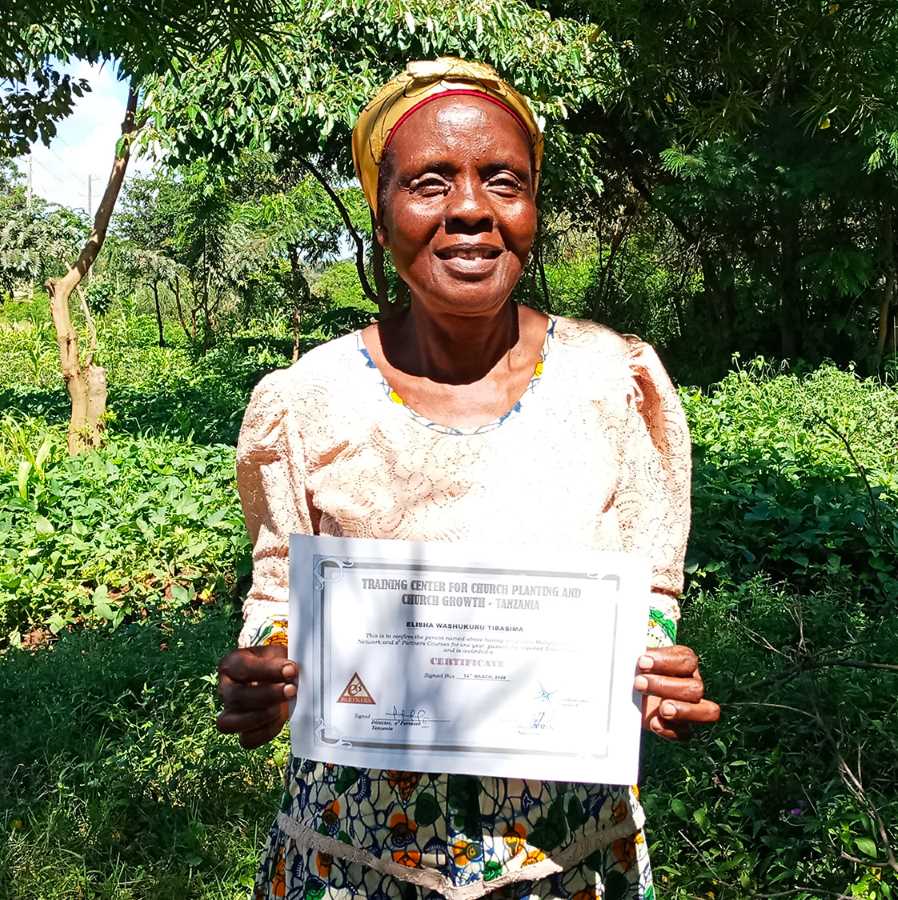 Church planting is at the heart of Esther Aaron’s ministry. Before learning about Multiplication Network Ministries (MNM), Esther planted five churches in different places in Tanzania many years ago. Today, she does not even know if those churches still exist. Eventually, Esther had to stop church planting for personal reasons and go back to one role—a church member.

After she stopped her ministry, Esther did not feel at peace. The prophet Jeremiah once declared “But if I say, ‘I will not mention his word or speak anymore in his name, his word is in my heart like a fire, a fire shut up in my bones. I am weary of holding it in; indeed I cannot” (Jeremiah 20:9). That was exactly how Esther felt.

Esther’s heart was restless because the Lord wanted her to continue what she had been doing many years ago. The truth is, Esther was looking for something or someone who would awaken her spirit and put her back on track for ministry. Thankfully, the Lord brought Pastor Samuel, an MNM church planter who did just that.

Pastor Samuel told Esther about MNM’s ministry and how the training could help her achieve what the Lord had laid on her heart. Esther was excited to hear that and she joined a church planting class in Katunguru. “God has given me back what I thought I lost many years ago. I have my vision back,” says Esther. In the course of learning the processes and tools, Esther planted a church about four miles from where she lives.

The church is young but is doing really well. It is growing both spiritually and numerically. Esther’s passion is to see people believing in the Lord Jesus. To do that, she is training and mentoring people to help her carry the vision God has laid upon her heart. Though Esther is restarting her ministry later in life, she is adamant that her age will not prevent her from planting as many churches as possible. “My prayer to the Lord is that before He takes me, I would like to plant more churches and stronger churches in many parts of Tanzania,” says Esther.

Esther longs to see many churches being planted in places where there is no church that would bring hope to those who have lost their ways. With the Lord’s support and the tools and training needed to be an effective church planter, Esther is on her way to seeing that vision fulfilled.