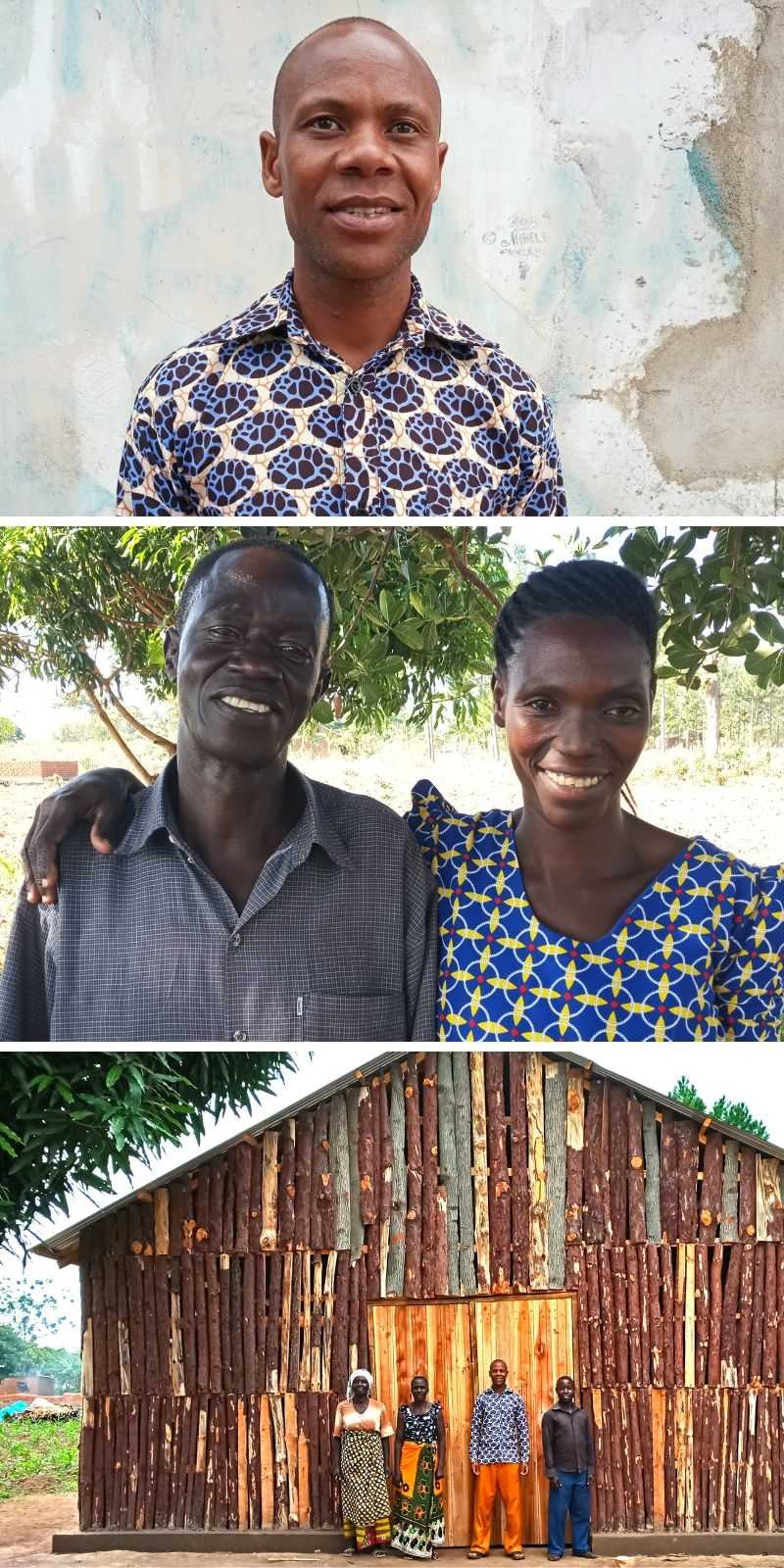 Daudi Kitwima is a pastor in Tanzania. His life began on a dark trail. He was raised in a pagan family by parents who were both witch doctors. Daudi himself was a witch doctor for two years. Then God’s grace found him and his journey was dramatically changed.

Soon after giving his life to Jesus, Daudi felt God calling him to be a pastor and a church planter. He searched for an avenue leading where he could receive the training he needed to fulfill this calling. A short time later, Daudi met Michael Sillah, the East Africa Director for Multiplication Network Ministries (MNM). Michael told him about MNM’s ministry path and the church planter training that would help guide him. Thanks to your support of MNM, Daudi was able to join a church planter class and following this route, he successfully completed all 12 modules.

After finishing the MNM church planter curriculum, Daudi planted several new churches and trained other church planters. He has already seen how the MNM materials have positively affected his ministry.

“Ever since I completed the MNM church planter training, I have observed my ministry growing and producing fruit. It has increased the vision God has put on my heart,” declares Daudi. This gives him many reasons to push on even harder to help many others find the Way.

Daudi is now an MNM trainer. He has dedicated his time and energy equipping others to follow God’s path for their lives. Daudi believes his ministry is more effective because the tools and training from MNM are very different from what he had used in the past.

Daudi’s goal is to plot the course for more church planters. They will in turn multiply to plant more and stronger churches in many communities. Early on, he started training his own church members using the MNM materials provided by your gift. One such church member is Justine Steven.

Before Daudi told Justine about Jesus, she did not even know what sin was or that she had a need for salvation. Her parents left her directionless and did not teach their children about God. Justine lived her life as she pleased.

In Justine’s culture, when a woman is 20 and is not yet married, everyone assumes there is something wrong with her. They believe she should go consult the witch doctors for solutions. When she came to that age, still single, she went to every witch doctor she knew of to figure out what was wrong with her. “I spent all I had on witch doctors.I thought maybe they would help me find direction to solve my problems, but nothing they did ever worked,” Justine says.

Justine felt hopeless because she couldn’t find her way.

One day, Daudi Kitwima walked up to her door and simply shared Christ with her. Justine made up her mind to give her life to Jesus and then joined the newly planted church.

After giving her life to Jesus, Justine felt called to become a church planter. She was able to join an MNM church planter training class that was provided because of your support and successfully completed all 12 modules. As she put into practice what she had learned, Justine was amazed how effective the training was in preparing her.

“I did not know how to preach at first, but after receiving the MNM training, I can confidently convey the message of Jesus,” says Justine.

Justine has seen exciting growth in her ministry after the MNM training.Her vision is to plant a healthy church that will transform the community where she is living. God also led Justine to meet her husband Yusuph. Now he too has enrolled in church planter training. Together, Justine and Yusuph are leading people to Jesus by planting stronger and healthier churches. They are enjoying serving the Lord together as church planters.

Through the training you provided through Multiplication Network Ministries, Daudi, Justine, and Yusuph’s steps are now ordered by the Lord. The Lord will guide them continually  as God’s word is a lamp to their feet and a light to their path.

Will you join Daudi, Justine,Yusuph, and MNM on this path?

Once they were surrounded by evil and witchcraft, then the gospel message through the ministry of MNM church planters brought these three out of the darkness and into His marvelous light. Daudi’s ministry has been multiplied through Justine and Yusuph. Together, they are bearing witness of the Kingdom of God with each step they take. Training more church planters in Africa to teach the way of salvation will help set free those stumbling in the darkness.

Will you give today?