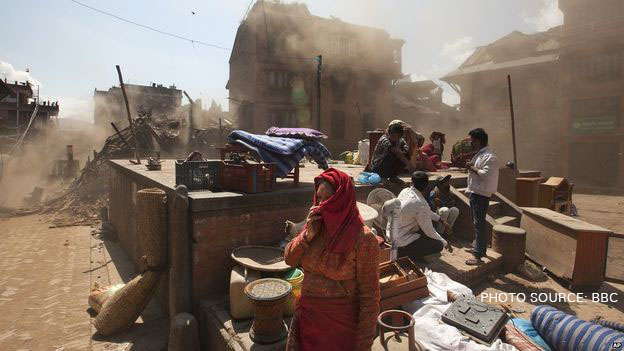 Nepal is one of the world's poorest countries and was not prepared for the earthquake that struck on Saturday, April 25. The 7.8 earthquake hit the area between the capital city of Kathmandu and the city of Pokhara.

The people of Kathmandu are living outside in tents because they do not trust their homes to stay standing in any aftershocks. We have heard there are many casualties, buildings destroyed, etc.

The other area that was hard hit is the Sindhupochok district east of Kathmandu. We have heard of tremendous damage and high casualties. We are receiving reports of many casualties in churches because they gather on Saturday mornings for worship since Sunday is a workday.

Please pray for the following:

-For the more than 7,000 people injured. The hospitals do not have the space to accommodate everyone and many are on the floor or outside the hospital.

- For wisdom and strength as church planters figure out how to care for their families and communities.

-For the rescue missions as time is running out to find survivors.

-For those who are living outside of their homes in tents for fear of the aftershocks.

-For food and water.

-For protection against the bad weather that is hampering rescue efforts.

-For Christians to turn to the Lord for strength in the midst of such devastation.

In fifteen years of ministry, over 70 agreements of different types have been signed: regional, continental, provincial, and of city-wide impact. But for the first time in the history Multiplication Network Ministries (MNM), a global agreement has been reached.

On Friday, April 17, 2015, Dr. John Wagenveld, founder and president of MNM, signed a global agreement with the Church of God of Prophecy. This will promote church planting in more than 130 countries where the COGOP is already working.

"This agreement that we just signed today is a historic agreement since it's the first one that's global in nature," Wagenveld said. "We've had over 70 agreements around the world, but this is the first global agreement. I think this symbolizes the beginning of a new harvest in over 130 countries and for that we are grateful to God."

"We're looking forward to our new churches being planted all over the world," said Bishop Clements. "Multiplication Network Ministries has proven to be a wonderful network to work with and it's also been very productive in our Latin American countries. I feel like it's going to spread rapidly all over the world."

Bishop Bryan sees the agreement as "a significant move for both the Church and for MNM." He went on to say, "It gives us an opportunity to partner at the highest level of the Church to provide training in strengthening churches and planting new churches. It extends the impact of the Multiplication Network which had signed individual agreements with a number of areas."

"Little by little we add our bit and God multiplies," says Wagenveld. "Thank you for your part in it all!"

"Do you have family back in Honduras?" the doctor asked Juan. With that question, Juan knew the news wasn't good. "You have a cancerous ulcer in your stomach that is not curable. I recommend you return to Honduras to say goodbye to your family."

Juan had been living and working in New York, but when he heard the doctor's prognosis, he returned to be with his family. Even though he didn't yet have a personal relationship with Jesus, he wanted to see a miracle because he wanted to see his son and daughter grow up.

In San Jerónimo where Juan lives, church planter Jorge Aguilar began going house to house to invite people to an evangelistic campaign they were hosting. When Jorge knocked on Juan's door and asked him to join, he accepted without hesitation.

"I really liked the sermon Jorge gave that night. When he asked me if I wanted to accept Christ into my heart, I felt the desire to do so. I made the Lord the only savior of my life," he says excitedly.

Since that day two years ago, Juan began to pray to his Savior and with Jorge, began to pray for healing in his life. He underwent treatment in addition to laying his life at the Lord's feet.

"I am healed! God has healed me and I share this testimony with people and then invite them to get to know God." 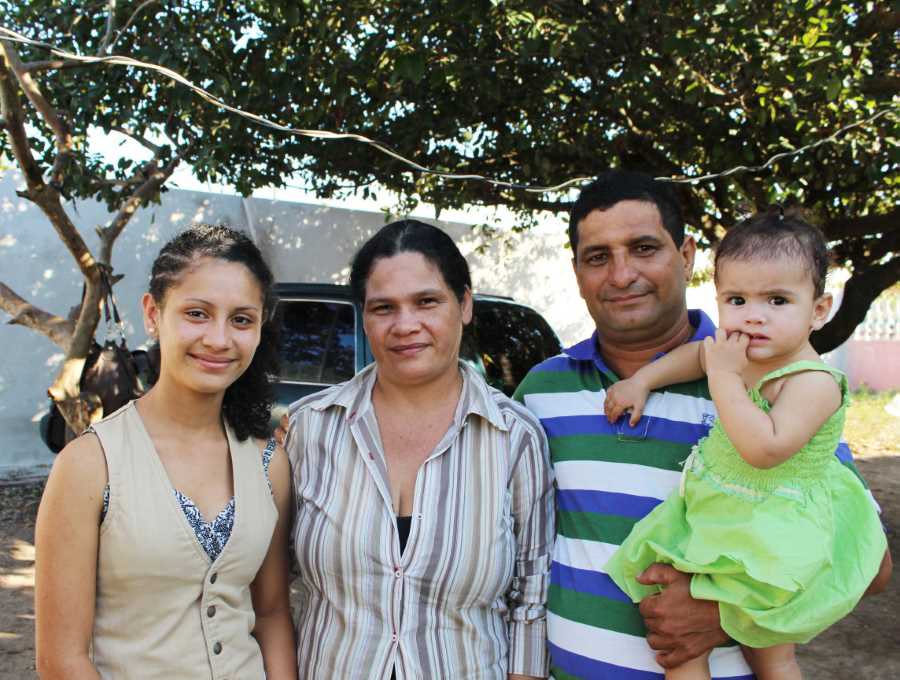 For Juan and his whole family, the new church in their community has been a great blessing. He has been able to grow in the knowledge of the Word in an amazing way.

"We can only find salvation through Jesus Christ. I believe I have not made a mistake in taking this path. It is the correct one and I can entrust my life to Christ," Juan says confidently.

Because of his health issues, Juan could not get a job and provide for his family. As he developed his relationship with the Lord, he realized he could talk to Him as a father. "Father, if I am your son, what is happening? I know you haven't abandoned me. I would really like for you to bring me a good job, a dignified job. I want something that I can have to sustain my family." With a huge smile on his face, Juan says, "In less than a week, I had such a job. Praise God!"

Juan is an active member of the church and accompanies Jorge to share the gospel. This church is growing little by little, but the most important thing is that the light of Christ is shining and doing great things in the life of this community.

"Wherever I go now, I share the gospel. I say, 'God loves you and wants to change you like He has changed me.' 'Who are you talking about?' they ask me. 'His name is Jesus.'"

Juan is continually grateful for the Lord's blessings. He returned to Honduras to say goodbye to his family—his wife María Marlenes, Cynthia (now 16), and Isaías (now 14). And now he has a one-year-old daughter, an example of the Lord's faithfulness in his life. "I might not have a lot of money, but I am rich spiritually," says Juan. "This is the best thing I can give my family."