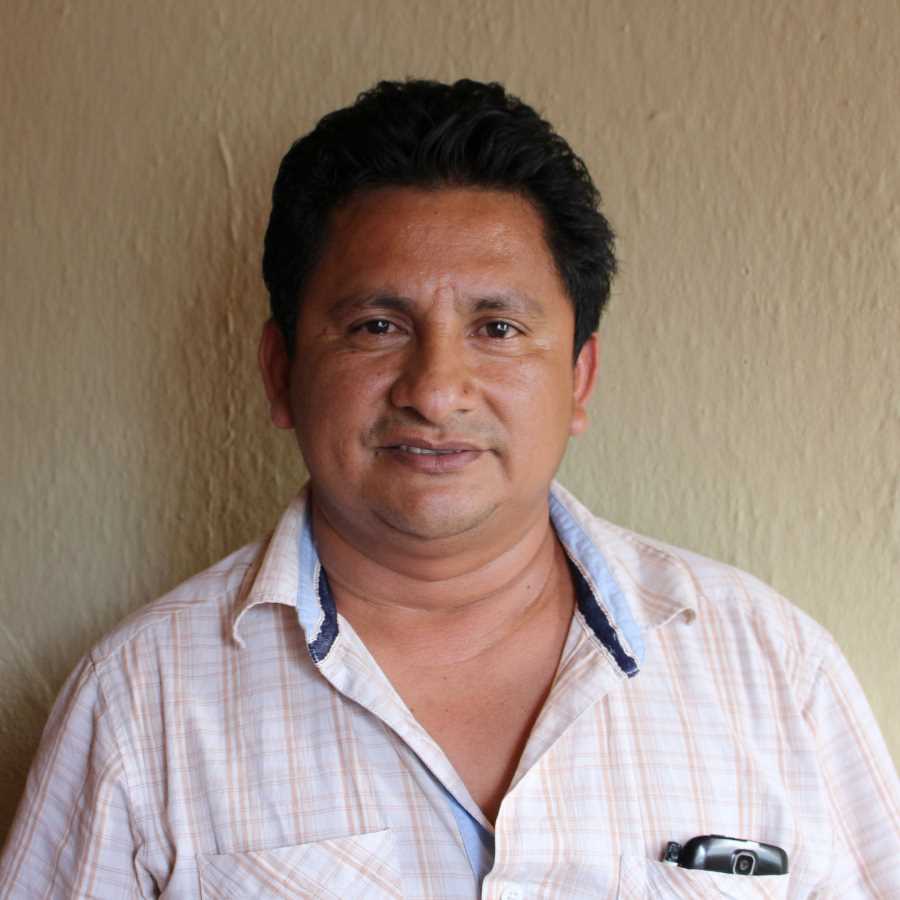 When Alberto left Guatemala for the U.S., he did not know what lay ahead. But he had plans to make money and send it back to his wife and two daughters. Satan used this to tempt Alberto into drug trafficking.

"I sent a lot of money to my wife in Guatemala. The business prospered and I felt no remorse. I was poisoning people and destroying them even though I knew the ways of God," Alberto says.

Alberto's reckless lifestyle, however, was not without consequences.

He and his oldest daughter were traveling on a motorcycle in the city when some men stopped him. They grabbed his daughter and took her from him.

"I only remember my daughter's screams - 'Papi, help me!!' - and I was unable to do anything," Alberto shares through his tears. The men kidnapped his daughter because they knew his past and about his wealth. But Alberto didn't have enough to pay the ransom.

Between trying to find the money for the ransom and searching for his daughter, Alberto fell to his knees and gave his life to God.

Four months passed when they finally were able to locate where his daughter had been taken. Unfortunately, the house had been burned and they only found her remains.

The pain of losing his daughter was overwhelming. Despite this, Alberto returned to the feet of Jesus and asked for forgiveness for his past. He kept his promise to the Lord and began to serve him wholeheartedly. He is receiving church planter training through Multiplication Network Ministries (MNM).

For Alberto, being able to participate in this process has been a blessing and an answer to his prayer to serve God fervently and to share the gospel with others. God has given him the opportunity to plant a church in Santa Lucía where the people can learn about something beautiful and give them hope in their despair.

"The people know all about who I was and what I lived, but I tell them that now I serve God because I served the enemy for too long. My daughter is gone but I am here as a testimony of what God can do. Even though two years have passed, I feel the same passion to continue forward," Alberto says. 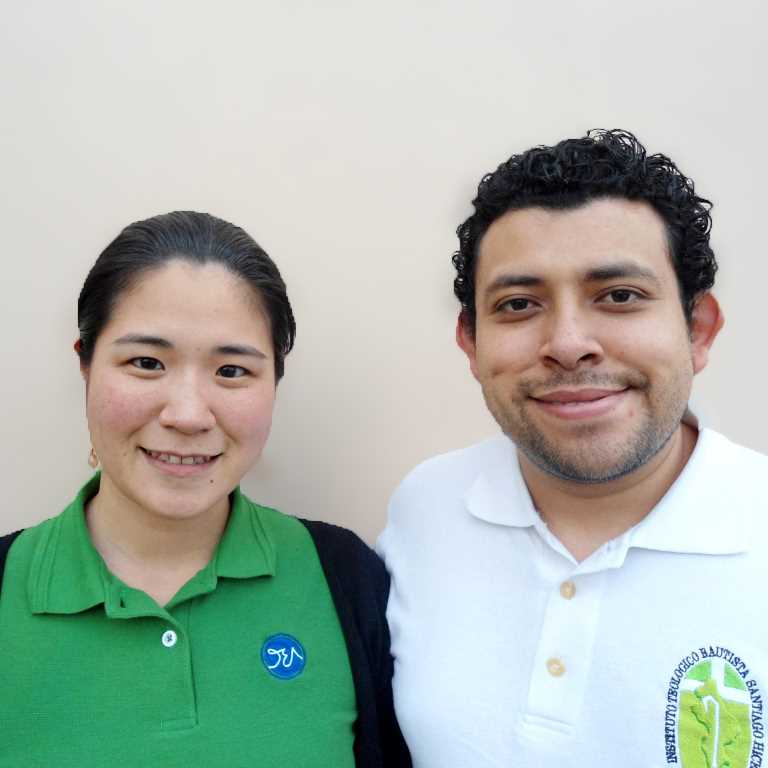 Vicente Mejía and his wife Maki Hamada have a vision for the metropolitan area of Monterrey, Mexico. They believe they are called to plant a church to bring God's Word to the people living there. "Churches need to extend themselves past the four walls of their buildings," Vicente says. "This way, we can reach the people in the community."

Vicente and Maki are receiving training from Multiplication Network Ministries (MNM) on how to plant a healthy church. MNM's program teaches them how to evaluate the area to see what it needs and how to approach the people to share the gospel.

One of their desires for the new church is that it be a place where people can find the rest the Lord offers, experience the Father's love, and above all, that it be a healthy, inclusive church that is always growing out into the community.

"MNM's training has been a blessing and it gave us a lot of practical guides and steps to apply in our area and to approach the people we are working with," adds Maki.

Daniel Santos, who connected the couple with MNM, shares how the training has helped Vicente and Maki and others to have clearer objectives for church planting.

"We now realize the importance of giving the church planters a mentor who can share strategies and materials with them for their work. We understand the need to constantly evaluate progress," Daniel says. He is positive this is an opportunity to focus their strengths on specific objectives for establishing healthy churches.

"This is beautifully simple," José thought to himself when he first heard about God's love.

Church planter Didier had come to Guayabo to share the Good News with the people who lived on the rolling hills outside of Tegucigalpa, Honduras. 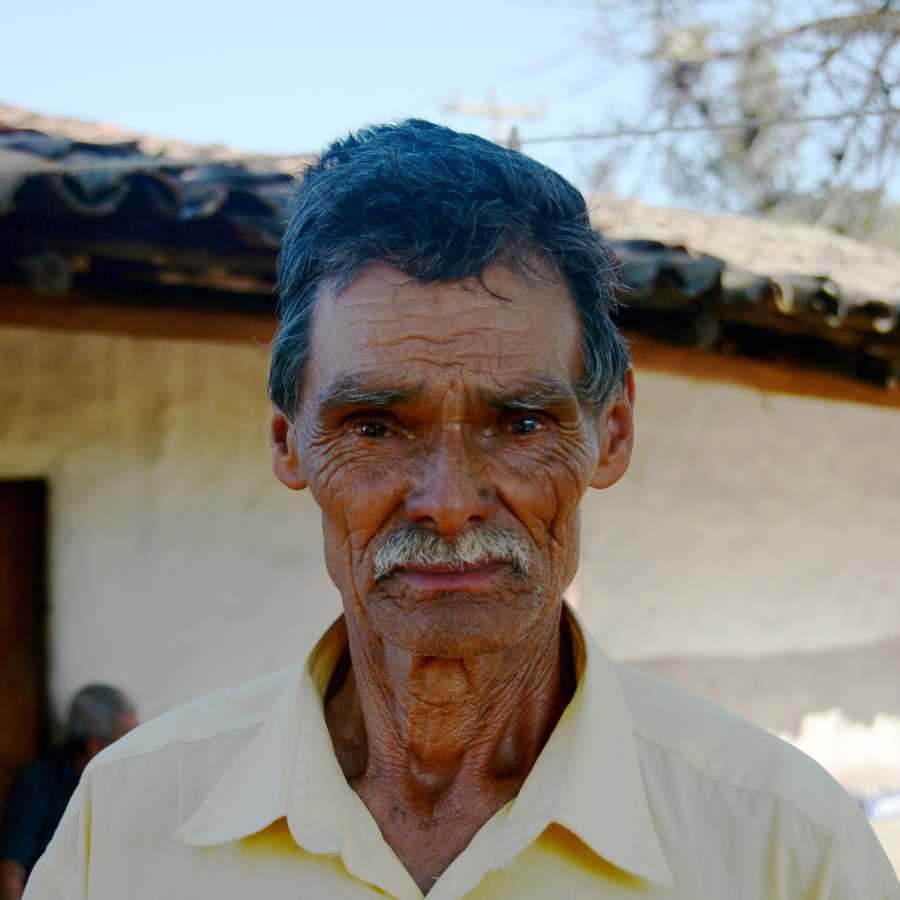 68-year-old José was one of the first to begin coming to the worship services Didier leads. When Didier shared about Christ, José's heart felt lighter. José accepted Christ as his Lord and Savior that same day. He has felt joyful since then.

The church has grown, greatly in part to José. He has five children and 21 grandchildren and most attend the new church with him. Didier says that José also invited the majority of his neighbors and family to come listen to the Word of God.

When José was asked why the church is important for him, he confesses that he cannot read or write. "I have the Bible," he says, "but I cannot read and this is a struggle for me, but I go every day there is a service to be able to hear what the Bible says. I hold onto the words I hear. This makes me very content. I talk to others about Christ and tell them that only He can make them truly happy."

Didier combines evangelistic work with literacy classes, which he learned to do in his church planter training with Multiplication Network Ministries. People are now starting Bible studies in other homes. The 40-minute trip on winding dirt roads to arrive in Guayabo is not a burden for Didier. He is motivated to see people leave their idolatry and come close to God.

"There is a good amount of children who are coming. We have a youth group and meetings for married couples. A few people have left because the priest of the town has advised them to stay away. But others stayed and we haven't stopped teaching about God's Word," Didier says.

Being a church planter has helped Didier to grow spiritually as well. He disciples the members of the church and encourages them in their newfound faith.

José is thankful for the new legacy he can give his children and many grandchildren. "I thank God because His salvation is not just for me and more people are coming to church and it's growing," José shares.