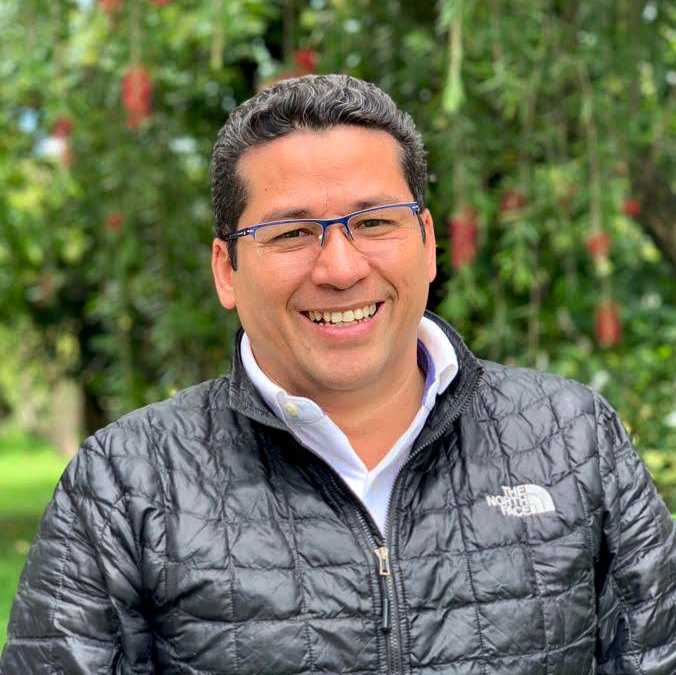 José Raúl Galvis is a pastor in Colombia. He is the second generation of pastors in his family. He knew he was called to plant new churches and help existing churches become healthy—but how?

Then José was invited to participate in MNM’s training!

José was able to attend and complete Mission to Multiply, the church planter training provided by you through Multiplication Network Ministries (MNM). Since then José has learned how to help the fellowship of believers he leads to become healthier.

José learned how to accomplish what he was called to do during MNM’s training.

God opened the door for José’s entire denomination in Colombia to partner with MNM. Together they have discovered there is a new world of opportunities before them. Through this partnership, God is directing the calling He has given José and now that call can be fully realized.

“By His grace, we are now developing a vision in our denomination of empowering and awakening the hearts of people in many other churches,” says José. Also, Bible schools and seminaries are now using MNM materials to teach biblically-based church planting in a healthy way. This is helping new healthy churches to be planted in Colombia.

José thanks God that he can work with MNM. “We find people with passionate hearts to serve Jesus and train them to begin a new fellowship of believers in their community. There are challenges, but there are also ways to overcome them,” says José. He is convinced of what Jesus says— “I tell you...I will build my church, and the gates of Hades will not overcome it” (Matthew 16:18, NIV 1984). Even though there are problems and opposition, José and those in his denomination now understand and put into practice the training and tools God has given to them for church planting. This happens through your giving to MNM. “We can move forward and achieve what God wants,” says José.

José tells many stories of those transformed through his ministry after receiving the MNM training. “What we do is plant churches and see lives changed,” says José. They have witnessed firsthand the Kingdom of God being made known as people are trained, discipled, and developed.

God is changing hearts through YOU in Latin America.

Today the eternal destiny of entire families is in the balance in Latin America. Without a fellowship of believers in their neighborhood, some people will become gang members, robbers, criminals, and drug addicts. There are daily struggles for them to face in dangerous places but God changes the hearts of people despite their circumstances. José’s life is completely transformed and he is making plans for his future serving the Lord.

When you give to MNM, the light of the gospel brings hope, change, and transformation in the lives of people, even to a discouraged pastor.

Will you please help today?