Revenge consumed Carlos' mind. His father had been killed and he was determined to avenge his death. At 16, he discovered where he could best carry out his plans—a gang. The beating Carlos received to join the group didn't even phase him. It couldn't compare to the bitterness and anger he harbored against the people who killed his father.

But as Carlos spent more time in the gang, he came to see that the rules they lived by were also used against them. There was no mercy shown to anyone. After Carlos learned that his father's killers had died, he wanted to leave the gang. It seemed impossible and Carlos began to feel desperate.

"I was crying and felt they were going to kill me," Carlos shares with a shaking voice. He had just held one of his friends while he died from a gunfight with another powerful gang in El Salvador. Carlos was surprised he had survived the fight because he could feel the bullets as they shot by him. He recognizes that it was God's hand protecting him. 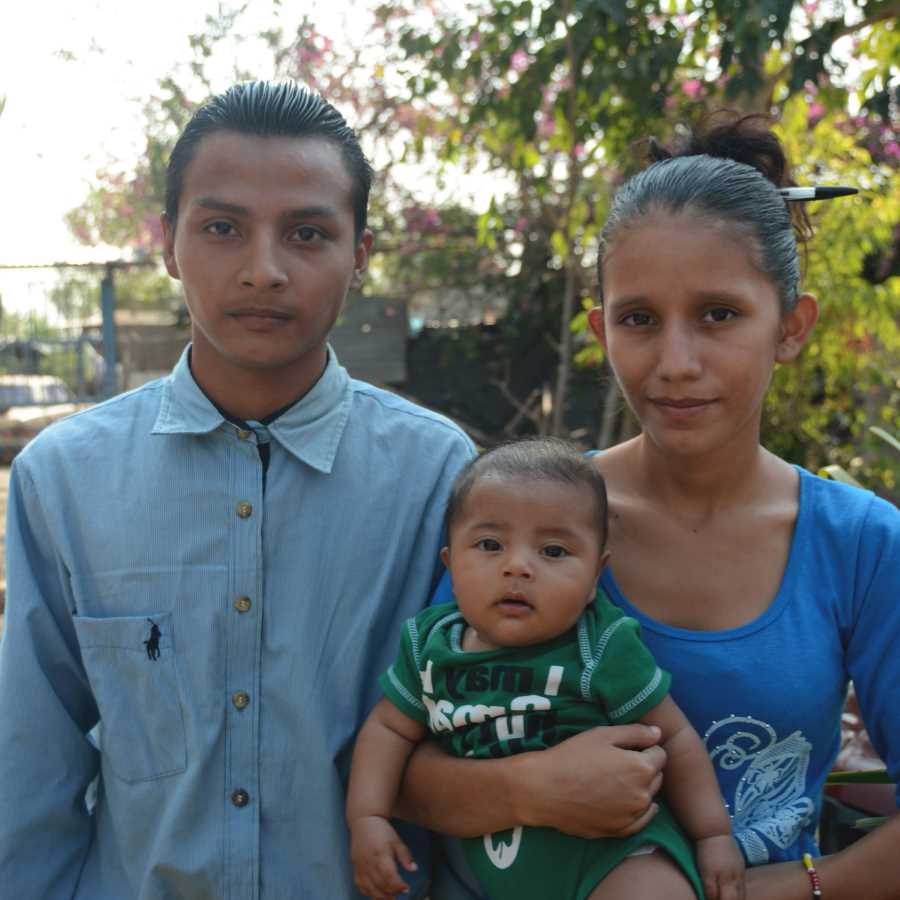 After watching his friend die, Carlos gathered his courage and decided to leave the gang. He knew he could not approach the gang leader and instead asked Edwin, the pastor and church planter of his zone, for help. It was Edwin who went to talk to the leaders of the gang and told them that Carlos had given his life to Christ and they should let him go. They accepted the decision.

"They respect the things of God just as we respect the gangs," Carlos says. God freed Carlos from his life of killing. His wife Dora has seen the transformation God has done in him and is thankful Carlos will be able to watch his four-month-old son grow up.

"God is the only one who has been able to transform me, and He did it. I feel content and different," says Carlos, now 18. His life is a testimony for other members of his ex-gang. They recognize that transformation is possible.

Now Carlos and his wife serve in the Church of God in the community of San Vicente, El Salvador. He is working with a group of young people and older people to learn the Word of God. Even as he leads, it has been vital for his spiritual journey to have Edwin encouraging him and discipling him.